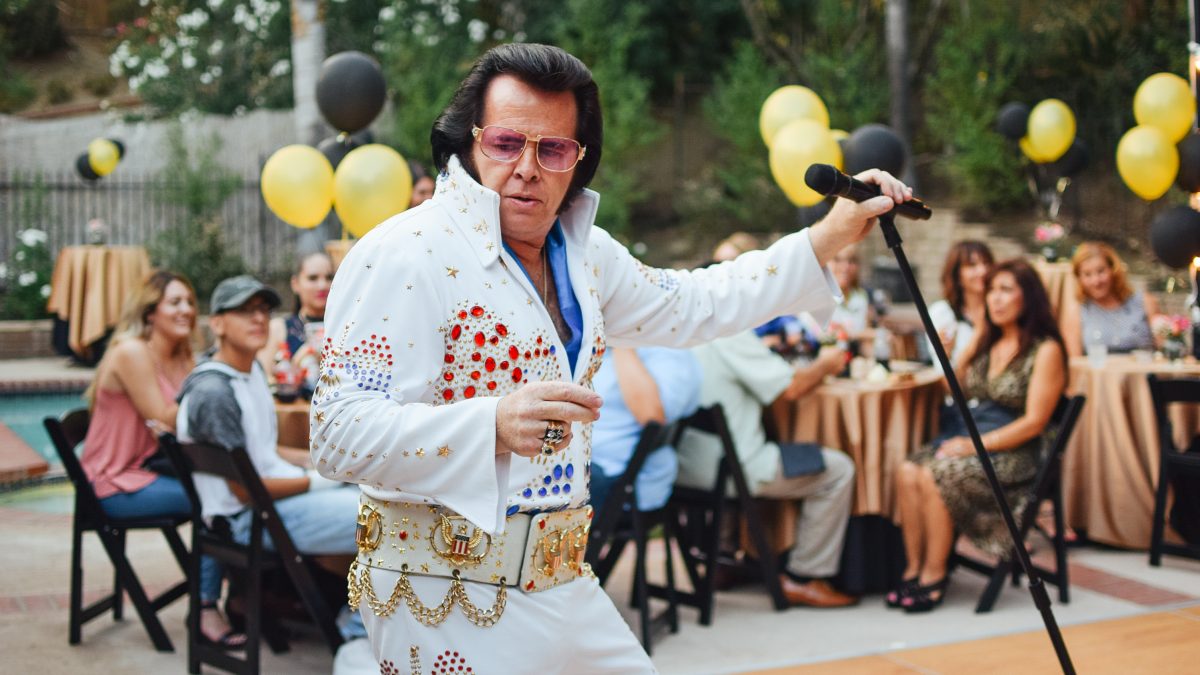 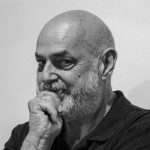 Dad tried to fight it to no avail by using the infamous Grecian Formula on his greying pate.

One day I dropped in to find him looking more like an Elvis impersonator than the 70-year-old man who had given me my start to life all those years ago, after one night of unbridled passion with my Mum grace in 1949 at 77 Valley Drive, Gravesend, Kent, England.

I swore I would never take the same path and that I would celebrate my age and refuse those “roadside assist” techniques,  frequently used to retard the aging process:  the comb over and a bottle of chestnut hair colour.

That was until I found three white hairs that seemed to have appeared overnight in my jet black eyebrows. Before I knew it I found myself absolutely plucked!

Yes in a small yet embryonic way, I had become my father. I reasoned that I was in a “young industry” – television, music and radio – and that I needed desperately to visually slow things down somewhat.

After all, my on-air workmate Ian had felt the need to hide the fact he’d become a grandfather, even from me, for fear of being judged too old by our prepubescent bosses at the radio station. Sad but true! 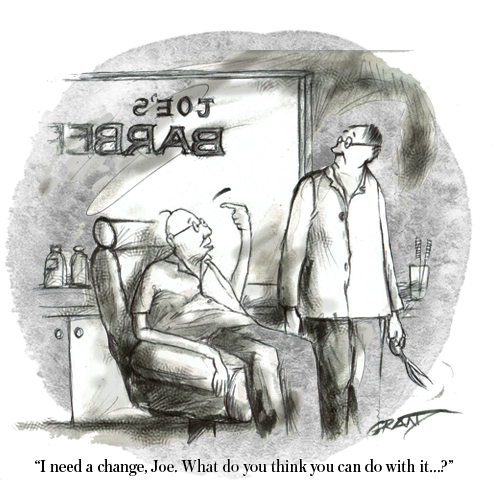 I’m now 68, soon to be 69, and I no longer pluck the grey from my eyebrows although I certainly wasn’t prepared for my pubic hair to go salt and pepper. Who knew?

I’m still employed in the same industry and have found I need to arm myself against ageism with witty, slightly acerbic retorts like “I’ve gotta be the most successful old guy you’ve met” and the tried but true  “We’re all on the same track son, see how you go when you get here!”

I’m one of the lucky ones. Agro’s a puppet, puppets don’t age. It’s not like seeing a movie star that has been frozen in time on the screen, and then you see them in Womens Day 35 years later with people saying they look like a piece of leather with eyes being judged simply because they aged.

How dare they do what is an absolutely natural and normal process of life!

Radio has been (I don’t usually use the term “has been”, it hurts) good to me in regards to aging. Yes, your voice ages I guess but I don’t think listeners are as aware of it. Although, as I say, I’m more than open to quoting my age on air.

It no longer worries me. I have been asked by some management not to do so. It obviously worries them.

I’m currently working on 98.9 FM with an on-air partner Clay Cassar Daley, who is 19 years old. I was initially hesitant about the combination of old with young but it’s surprisingly refreshing.

“Clay, will you show me how to get up on Facebook?”

“Seriously Jamie, I don’t have the patience, we’re from different worlds.”

Interviews for work, although few and far in between as you get older, can be interesting. The young guy at the sunshine coast radio station had obviously attended one too many seminars.

I sat there as he parroted the set of questions he’d learned off by heart to ask prospective employees.

“And where do you see yourself in 10 years time, Jamie?”

“Toowong cemetery,” I smirked.  FYI, I didn’t get the job.

“And where do you see yourself in 10 years time, Jamie?”

“Toowong cemetery,” I smirked.  FYI, I didn’t get the job.

I’ve noticed even in my own children’s attitude towards me as I’ve gotten older an intolerance of my ability with the new technologies in life.

“Dad,” said Poppy somewhat condescending, as she fiddled with my mobile phone. “Don’t you have your contacts saved to your SIM?”

“I’ll do it for you,” she said, as though I must’ve had a stroke sometime earlier in that day.

There was silence while she grimaced, scrolled and tapped at the keyboard.

“Oh poop!” she suddenly exclaimed. “I’ve lost them all.”

Could it be that, as we get older, we lose confidence in ourselves? Or is it that those younger ones around us make us feel incompetent?

I think the latter.

I remember a visible change in my sister-in-law visiting my Dad in hospital after he’d had a mild turn.

She stroked his hair and for some unknown reason raised the level of her voice and slowed down her delivery.

“Hooow aare yooouu feeeeling George?” She was almost singing by this stage!

“Jesus!” I thought, he’s just recovering from the flu for Christ’s sake. We’re not about to turn off his life support.

What is it about us older ones? Do we lose the ability to communicate just because we’ve gone grey?

No! Sorry, slower and louder … NOOOOOO!

I guess it’s the same for women? Although, they’ve been applying make up, rouge and lipstick forever. Not to mention colouring their hair, wigs, extensions, nails and pedicures.

The only time I’ll get to use any of those products will be at the viewing of my corpse perhaps.

Please god don’t let me end up looking like Beppo The Clown lying in state!

Oh look. Yes, I’d love to be young again but we all know that’s not going to happen and I’m not comfortable trying to delay the inevitable.

Being grey hasn’t stopped me from acting juvenile, or laughing hard, or loving for that matter. I still enjoy going to see a band, in fact I went to see Paul McCartney a couple of months ago. There he was, 75 years old, grey and still rocking like there was no tomorrow.

Sure he trips over more often than he did when I saw him in 1964 at Festival Hall in Brisbane and I suspect he may have had a nap in the guitar solo in Helter Skelter but three hours straight on stage, are you kidding me?

Speaking of the entertainment business, every contract I ever signed – be they big or small – I actually consulted my aged, white-haired, old Dad, George.

It gave him dignity and self worth, and in return it gave me access to a lifetime of knowledge. The last words I said to my Dad the day before he passed away: “You make me proud.”

I guess now it’s my turn.