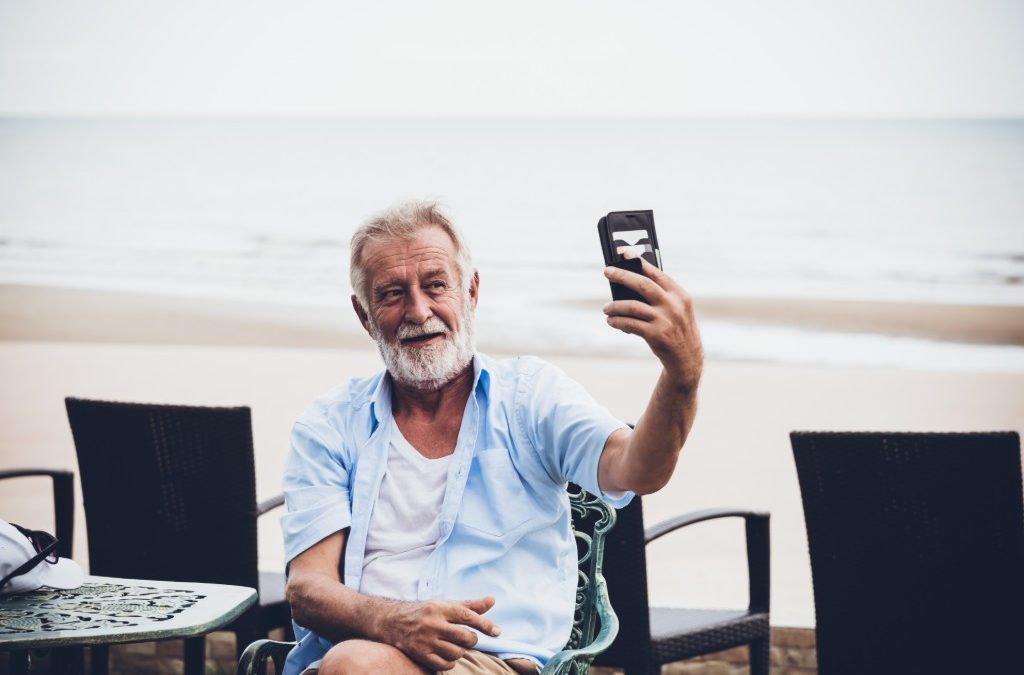 Contrary to popular opinion, most seniors are keeping up with new technology. Professor John McCallum, the CEO of National Seniors Australia, explains why everything you think you know about older people and the internet is wrong.

The perceptionthat older people don’t know how to use the internet is an ageist stereotype with little basis in reality.

There are just too many blanket statements that are very negative about older people’s skills, such as ‘they’re behind the times’, ‘they’re digitally illiterate’ or ‘there is a digital divide between young and old’.

Our research at National Seniors Australia challenges the stereotype that seniors are being ‘left behind’ by new technology.

Our research challenges the stereotype that seniors are being ‘left behind’ by new technology.

We recently conducted a survey of more than 5,000 of our members, ranging in age from over-50s to those in their 90s. We asked them a series of questions about how often they use the internet, and how comfortable and skilled they are using it, and created a ‘Senior Surfers’ scale, placing the respondents into groups based on their digital literacy.

‘Super Surfers’ were categorised as those who are very comfortable using digital technology in their everyday lives, and 31.4 per cent of respondents were rated in this category. The odds of being a ‘Super Surfer’ were higher for participants with children, who are in good health and still participating in the workforce.

‘Savvy Surfers’ use digital services very comfortably, but not as frequently as ‘Super Surfers’ – 41.6 per cent of respondents were rated in this category.

‘Sometimes Surfers’ use digital technology when necessary, but are not always comfortable or proficient – 21.8 per cent of respondents were rated in this category.

‘Seldom Surfers’ can use the internet and digital technology, but rarely do. Just 5.2 per cent of respondents fell into this category.

When we talk about older people, we’re often talking about the people who designed the systems that everyone else is using now. One respondent wrote, “I was part of the generation that developed the online world, and I think [my generation] understands it sometimes better than the younger generation.”

Or, as another respondent put it: “Many of us are beyond good and would rate ourselves as excellent. The inference that seniors can only be ‘good’ in handling digital technology is an insult to your target audience.”

Across the board, we found that 70 per cent of the respondents are using an internet search engine every day, while 40 per cent are using Facebook every day.

You would expect that people who are aged over 80 would be those left behind by these technologies. But our research shows that over half of the respondents aged 80+ use an internet search engine everyday, and more than 50 per cent of them do online banking once a week, if not daily.

When things are useful people will use them.

Our members are using the internet for all sorts of mundane everyday things — we have members in their 90s who use it just to see what the weather’s like, or to have a look at the traffic around the shopping centre before they get in the car and go. They love staying in touch with their grandchildren on the phone with Facebook Messenger.

With digital literacy comes ease of access to family, friends and finances. The flip side of that coin is that lacking skills with digital technology does have a financial and social impact.

Our survey found that those who have less skills are more likely to be victims of scams than those who are more skilled.

Respondents also reported that they find the costs of mobile and internet services a barrier to them using digital technology.

Moving forward, governments and other organisations providing services to older people need to recognise and allow for the fact that there is a wide variety of skill and comfort levels, as well as willingness to engage when it comes to seniors using online technology.

At the end of the day, we need to push back against negative stereotyping of older people wherever it occurs, and recognise that not all seniors are the same — online or off.

If you wish to help other older Australians connect to the internet, you can register your interest in becoming a volunteer digital mentor with National Seniors Australia here.