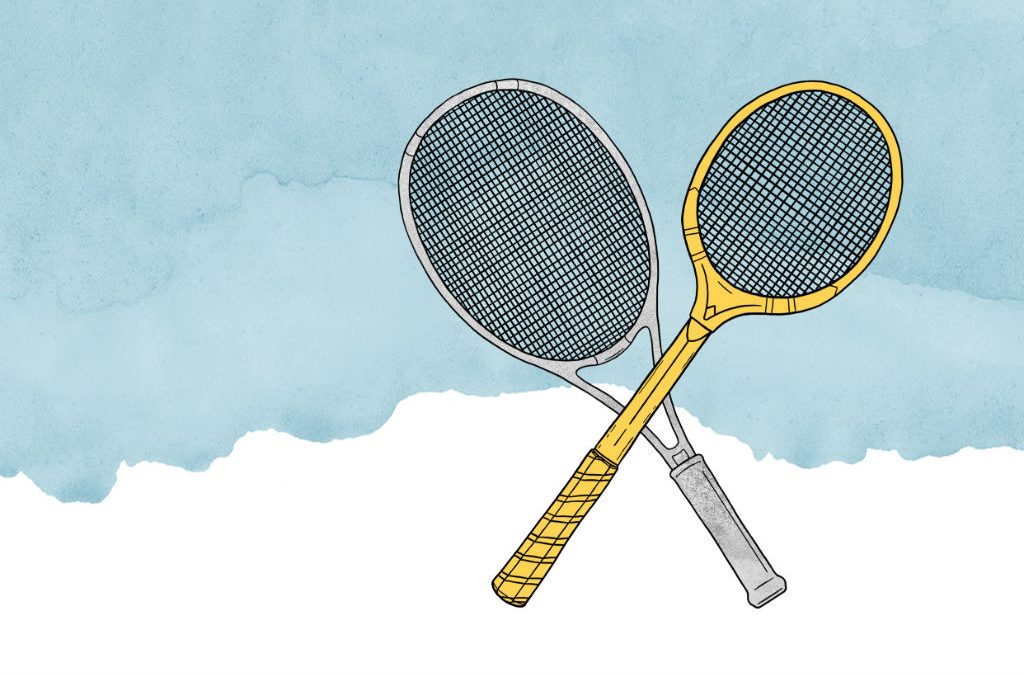 Tomic’s toast. Kyrgios is nicked. Better Lleyton than never? Well, probably never. After four decades without an Aussie singles win at the Australian Open, HUGH LUNN recalls the 1960s when all our tennis players were champions…

It was early in June 1965 when I arrived in London knowing no one: without a job and even without a place to stay. I was 24 and chasing my dream to be a journalist on Fleet Street.

The only thing I had up my sleeve was a note written by Australian Davis Cup team member Kenny Fletcher, my best mate from Annerley Junction in Brisbane since we were in the play-pen together.

This scrunched up piece of paper was difficult to read because it had been written out by Fletch in Paris during the French Open the week before on the side of a tennis court. Deciphered, it said: “Lance and Pamela Mesh, The Corner Bungalow, Kingswood Road, Shortlands, Kent. Charles II used to ride down the road and that’s how it got its name.”

Kenny Fletcher got his name because of his topspin forehand which Harry Hopman described as unique: “the best forehand in the world”. Nevertheless, ever since he was a kid, the slightly-built Fletch kept getting beaten by a Rockhampton boy two years older: Rod Laver, who had a left arm like a mud crab. (Years later the University of San Francisco would measure Laver’s left forearm and record that it was bigger than world heavyweight boxing champion Rocky Marciano’s.)

Australia seemed to create all the tennis champs in the 1960s. So many, that when Fred Stolle was about to play the final of the Wimbledon singles, the world’s press asked how he felt and Fred modestly replied, “Oh, I had an easy draw.”

An audible gasp cut through the cramped room.

An English reporter, seeming insulted, pointed out that Stolle had beaten six national champs from around the world to get to the final. Stolle further shocked the 100 journalists with his reply: “Oh, what I meant was – I didn’t have to play any ‘Stralians.”

In Paris I had hoped to witness Fletch win the French Open, as Rosewall, Laver, Emerson, Stolle, and Roche each did in the 1960s, though the surface was bizarre to them. The powdery red clay slowed the ball down too much for an impatient young man like Fletch (and indeed for his Wimbledon doubles champion partner John Newcombe).

What I learned that fortnight was that Grand Slams are peopled by 128 champions from almost every nation on earth: all built like Olympic champions.

What I learned that fortnight was that Grand Slams are peopled by 128 champions from almost every nation on earth: all built like Olympic champions.

When I’d arrived in Paris, a week late – slowed down in Red China and detained overnight in Russia – I hurried to Stade Roland Garros where Fletch was in the middle of a match against German champion Ingo Buding. Kenny had already won the first set and led 5-2 in the second, but the crowd was upsetting him. The row-upon-row of Parisians were all cheering for the German.

What Kenny didn’t realise was that there were already five Australian men into the last eight of the French Open – so these Europeans didn’t want yet another Aussie superman in the quarter-finals.

Fletch lost the second set and threw his racquet the length of the court and, as French crowds are wont to do, they started whistling him derisively.

World War II had finished just 20 years earlier, so Fletch walked over in front of the biggest stand, hands akimbo, and shouted: “The bloody Germans were goose stepping up your Champs Elysees 20 years ago and now you’re cheering the buggers.”

He lost the match.

Finally in London, carrying seven bags, including an Olivetti portable typewriter and a black-and-white horse-hide rug from Peking, I made my way to Kingswood Road and staggered up the winding path of The Corner Bungalow, between the roses and the climbing clematis bush, dropped the bags, and rang the doorbell.
“Fletch sent me.”

Lance Mesh closed his front door behind him, deftly picked up my luggage, and in one gracious move ushered me out the gate.

“I am sorry,” Lance said, “But my wife Pamela is not well. So no more of Ken’s mates staying here this year.”
Just then Pamela, a pretty New Zealander of about 27, emerged in a pink dressing gown with a hot water bottle clutched to her belly. She looked at me – my rosy cheeks contrasting with my old gabardine raincoat and the giant horse-hair rug hanging out of a torn brown paper bag – and said: “Of course you can stay.”

Next day I was hanging my socks on their clothes-line when a man of about 40 came running over from the double-storey Tudor house across the road.

“I say, you’re one of those Australians, aren’t you?” he said by way of introduction. His name was John, his voice was loud and slow, and, like all English in the 1960s, he didn’t shake hands. “Now, let me make this clear, dear boy. We love Australians in Kent. Frank Sedgman, Jack Brabham – marvellous car race that – Heather Mackay, Don Bradman… However, I’m not going to play squash with you. Under any circumstances. Do you hear me? Hmmm?”

That night when Lance got home from his dental surgery, he explained. John was the squash champion in the district. He’d taken Lance to his country club for a game and was devastated when the local dentist beat him. So, when Fletch arrived to stay, John challenged him, saying, “Tennis players can’t play squash.”
John didn’t win a point.

A few weeks later, Lance’s north Queensland mate Jimmy Moore — who didn’t look at all like the champion sportsman he was — arrived to stay. John took one look at Jimmy and, rubbing his hands together, again issued the challenge. What John didn’t know was that Jimmy was in London to play Wimbledon, and had represented Queensland at squash.

That night over dinner John continued the story: “Last year, 1964, I looked out my study window and saw a Chinese chap in shorts and those thongs you people wear and he was hanging out the laundry at Lance and Pamela’s place. I said to my dear wife: ‘That Australian dentist across the road has hired a Chinese laundryman!’ And she replied, ‘Just what we need!’ ”

“I made my way across Kingswood Road – has Lance told you that Charles the Second would ride down our road – and I was astounded when their servant said, ‘G’day, mate. What’s the score, sport?’ I said: ‘Do you mean to imply that you are an Australian?’ and the fellow said, ‘True blue’. And I said, ‘But you’re Chinese!’ And he replied, ‘It takes all kinds to make a world. G’day, my name’s Billy Lee Long.’ ”

“I’m from Innisfail, that’s in the bush in north Queensland,” Billy replied. “You mean that game played in a small white room with a tiny racquet?”

Perfect! John rushed Billy off to his Country Club in his Jaguar.

He didn’t know it yet, but the fourth-generation Australian sitting next to him had been a member of Hopman’s tennis squad, was one of Queensland’s top two or three sprinters and swimmers, played golf off a handicap of one — not to mention being North Queensland squash champion.

After listening attentively to John’s story I assured him that he had nothing to worry about. I was just a reporter who had no time for sport. I was the furthest thing from a champion he could imagine.
John smiled knowingly. “My good man, of course, of course, you are,” he said, “That is what you all say.”

Hugh Lunn is the author of The Great Fletch, available from ABC Books.

A Kangaroo tour to remember