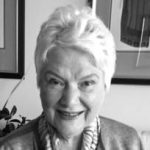 For 30 years I worked at the bedside of people who were dying. I was privileged to be a private palliative care nurse and could walk this final journey with those in my care by responding to their choices, beliefs and values in a way that gave the person a sense of purpose and meaning. This required integrity and a sound knowledge of the principles and practice of palliative care, and what was legal and what was not.

Being in the presence of death is a learning experience like no other. Yet death is not a popular topic in aged care communities.

Recently I visited a 98-year-old woman in an aged care facility. For several years I visited weekly, at her son’s request, and gave this woman a foot and leg massage while we chatted about her funeral, her Advance Care Directive, her family life before marriage and her belief in the next dimension of the soul’s journey and the relationship she had with herself, others and her God.

She knew that a palliative care approach would include ceasing life-prolonging medications and accepting medication given for comfort in every area of the personality – her physical, emotional and mental bodies.

Until recently she would say that she was not afraid of dying but was not ready yet. Then, she suffered a stroke and further complications with eating and drinking, and was admitted to a hospital. After a week of assessment she was referred to a palliative care team.

However, her condition stabilised and she was transferred back to her familiar hostel room to be cared for by staff who knew her. When I visited her she said with a welcoming: “Oh Joy!” that she was not taking any more medication, which was her way of saying that she was dying. She was in a state of peace.

Yet, when I phoned to inquire about her and where I would find her I was told by a proud nurse that she was out of bed and was having physiotherapy for her partially paralysed body. This surely is a mixed message?

If I am dying I would like to be left to lie comfortably in bed, have meditation music playing and enjoy the sight and smell of fresh flowers. I would like my dying to be celebrated like a graduation and in an environment of trust and honest communication.

There is a common misconception that the doctor knows best when it comes to failing health. Death is a soul concern, not only a physical concern. The soul is that part of us that does not die yet it receives little consideration when best possible end-of-life care is being planned.

It is evident that soul care cannot be outsourced to religion. For example, the number of people who left the Catholic Church in recent years is more than 29 million. Because the soul is energy, and not commonly seen, it is difficult for the doctor or nurse to measure and chart.

The benefits of mindfulness are becoming accepted in mainstream medicine and need to be taught widely alongside meditation and yoga for all ages. It is an unfortunate fact that carers/people/workers/professionals – who are comfortable with existing care – may see a change, such as the introduction of death education, as an unwelcome adversary. Even in hospices the emphasis is placed on “living until you die”.

Death is not the enemy. It is a part of life and needs to be understood rather than feared.  The soul knows when it is time for the body to die. Fear of what comes next is a force that interferes with celebrating death as a life event for a considerable number of humans.

Legislation before many parliaments around the world is denying people the right to die as they wish and imposing restrictions, rightly or wrongly, on physician-assisted dying. These restrictions rely on a psychiatrist and a disease prognosis to be the gatekeeper.

Humans are more than bodies and minds – “we are spiritual beings having a physical experience”. These are the words of Pierre Teilhard de Chardin, who was a famous French philosopher and a Jesuit priest. He trained as a paleontologist and geologist, and took part in the discovery of Peking Man. His work, like so many others, combines science and spirituality.

I like to take a cosmic view of life as well as the view that we are souls travelling through many lifetimes. Mystical teacher Thomas Hubl gave me the idea that we do not have a soul but rather a soul has us. The “us” is a physical body, an emotional body and a mental body. A universal care plan for life and death needs to encourage and teach self-responsibility – warts and all.

Author Barbara Marx Hubbard, who admired Pierre Teilhard de Chardin, writes about the awakening of a new species of human being that moves from individual ego recognition of responsibility to a consciousness that is infused with all living creatures. This means that we do not kill or harm another person because that person is a part of us.

Legislation on the concept of physician-assisted dying and the fear of the slippery slope would take on a new outlook if there were consideration for this evolutionary concept.  Acceptance of how we are evolving in consciousness as a human race relieves society of the need for many of the fear-based rules and regulations that it currently sees as needing to be enforced – often by force and war.

Along with a change in attitude towards same-sex marriage and our understanding of transgender people, we need a change in how death is perceived.

Along with a change in attitude towards same-sex marriage and our understanding of transgender people, we need a change in how death is perceived.

Everyone has a story, and when a person takes responsibility for their story they grow their soul by becoming more aware and conscious of how their thoughts, words and deeds affect themselves and others.

Every thought and feeling has a vibration that has the potential to calm and reassure or to worsen a situation. This is evident at the bedside of a person who is dying and an example of how professional care givers can influence the wished-for state of peace.

Human beings are more than the role they play, or the title and position they may hold. The soul understands a symbolic language and appreciates the energetic vibration of love.

Wally Lewis: “I kept my epilepsy in a dark corner of my life hidden from view. That was until I couldn’t hide any more.”