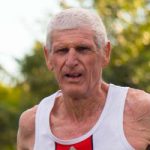 John Shaw went from being a couch potato at 59 to running marathons and breaking world records at 63. Now 65, he’s says it’s maturity and mindset that gets him over the finish line.

I loved running as a child. Not in a competitive way, just having a crack at it in school sports – and I was pretty good at it too. But once I left school at 16 there were much better things to do, like chasing girls, cars and having fun. It’s fair to say I was a bit rebellious as a teenager.

Forty-three odd years later, I found myself aged 59 and slowly creeping up towards the 100 kilo mark. I was putting on weight – little bit by little bit – unfit and, I suppose, on a bit of a downward spiral. I was at a fork in the road – continue as I was or do something about it. Being well-aware of the health issues that may lurk ahead, I decided it was time to get myself into gear and start walking.

All I was out to do was to lose weight and nothing beyond that.

For the first month, I walked on a treadmill every day while watching DVDs. When I grew bored of that, I hit the pavement outside, slowly increasing my distance. I also cut out the rubbish food in my diet – like sugar, chips and Coke – and figured that for every 50km I walked I’d lose another kilo. The weight dropped off.

Thirteen weeks and 1000km later, I’d reached my goal to lose 20kg. It left me thinking, “What next?”

I just happened to see this lady on TV talking about how she could get anyone from the couch to running 5km in six weeks. I’d tried running once on my walks: I literally ran about 200 metres and thought, “This is not fun at all.” But I decided to give it a go.

Now, looking back, I can’t help but wonder if that lady hadn’t come on TV, would I have just lost the plot again and put the weight back on? It was serendipity.

The first thing she had me do was just go out and do 5km and time it, whether I walked or crawled it. I definitely wasn’t fast, but I surprised myself because I ran that 5km non-stop. So the next day she moved me up to the next program, to build up to running 10km.

That’s when I got hooked on running.

Slowly, I ran a little bit further and a little bit faster. Then eventually I went along to a Parkrun – a free Saturday morning 5km event for people of all abilities. There are those who want to race like a hare, and those who just want to walk it. Everybody is welcome.

It was great fun, because for the first time since school days I was running with other people. The old competitive juices came out. I kept improving, started breaking some records, and linked up with a coach who specialises in training older runners.

You can’t just go out there and do what a 20-year-old or a 30-year-old can. As an older runner, you’ve got to be treated differently. So he set up a good program that guided me towards being able to run a marathon in a good time.

Four years on from the day I started walking, I broke the marathon world record for a 63-year-old. My younger self never could have predicted that.

Four years on from the day I started walking, I broke the marathon world record for a 63-year-old. My younger self never could have predicted that.

My record is for two hours, 45 minutes and 19 seconds.

The truth is, if I’d tried to do what I’m doing now as a teenager, or even in my 20s, it probably wouldn’t have happened. My head’s in a better space now. I was a bit reckless as a younger person, but with maturity came more understanding and more focus.

I used to run a couple of businesses. In business you always have setbacks, but you just deal with them and move on. That wisdom and life experience helped me to persevere through the hard times with perspective. Business and running and life itself is not plain sailing. It just never is.

Recently at the Gold Coast Marathon I was on cracking pace for half of it. Then at 23km, both my calves cramped up so severely that I couldn’t finish the race. I was a bit shabby about it because I was on course to break certain records, but that will just have to wait until next year.

Everybody has good days and bad days. Either way, I try to share all my progress on my Instagram page. I had no idea about Instagram until my daughter-in-law introduced me to it a few years ago. Now I enjoy tinkering around on it.

My Instagram name is @Old_Bugger_Runner. It causes quite a bit of laughter! It’s a name that I’ll be using on quite a few bibs too – because I run at a fair pace, I get people yelling out, “Go, old bugger!” I’ve got grey hair, I’m six foot tall and run a bit fast, so I definitely stand out. 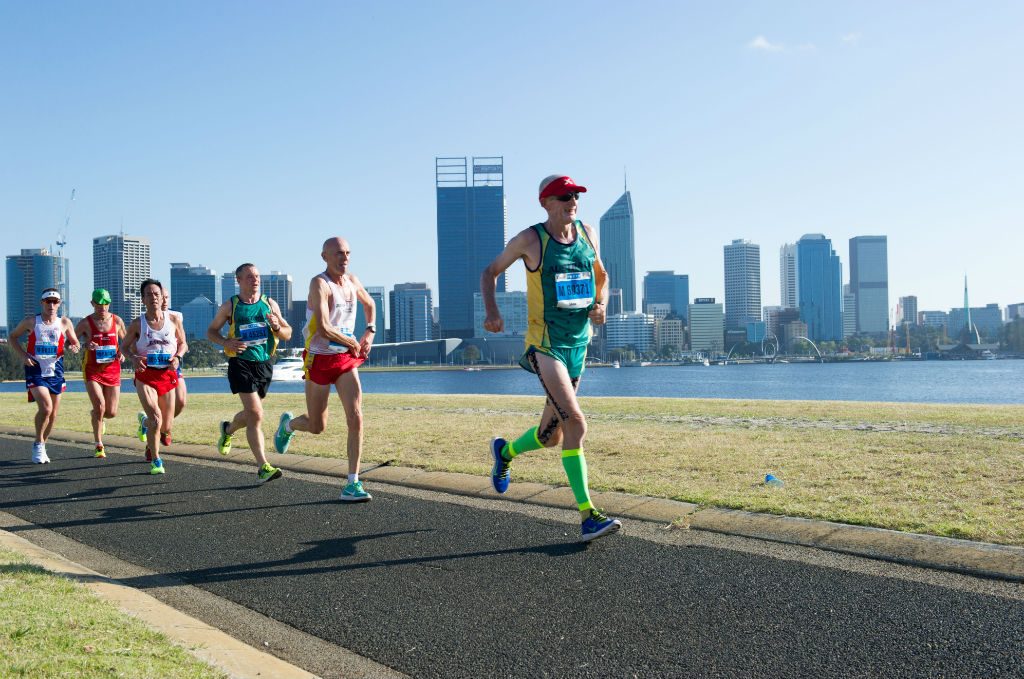 It does surprise some of the younger runners. There was one Parkrun I went to, and I went right past these two younger blokes who were probably in their early 30s, and my mate who I was running with said: “If you had of seen the look on their faces!” They tried to chase after me, but they couldn’t catch me!

I’m still looking forward to the challenges ahead. There are world records for every single age and in age groups going through to 100. I’ve just moved up to the 65- to 69-year-old age group. Now I’m eyeing off these new challenges to try and get to world number one for various events.

Life can be an amazing journey. You just never know when certain things are going to happen in your life. You might think that you peak in your 30s and 40s, but you can do anything at any age. The key is mindset and approaching it with the right attitude.

Physically, over my lifelong journey, I can say I’m in peak condition now at the ripe age of 65. Running is keeping me young. I certainly don’t feel like I’m 65. Age is a state of mind, not of body.

Welcome to Grey Matters, an honest conversation about growing older in Australia