Dearest Ole: A diary of love and war 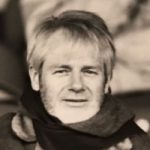 In 1944, Juozas Donela escaped his homeland of Lithuania and began a perilous journey that eventually brought him to Australia, with only his memory of the love of his life to hold on to.

Acclaimed journalist Adrian McGregor — a family friend of Juozas’ — was recently granted access to his diary, and discovered a true story of doomed romance, the horror of war, and what it means to be Australian.

Monday,October 9, 1944: “Dearest Ole, I’m writing to you in my diary, as I’m unable to speak to you and see you. I’m trying to banish my sadness. We parted happy, thinking that we’d meet soon enough, but fate wanted something else.” 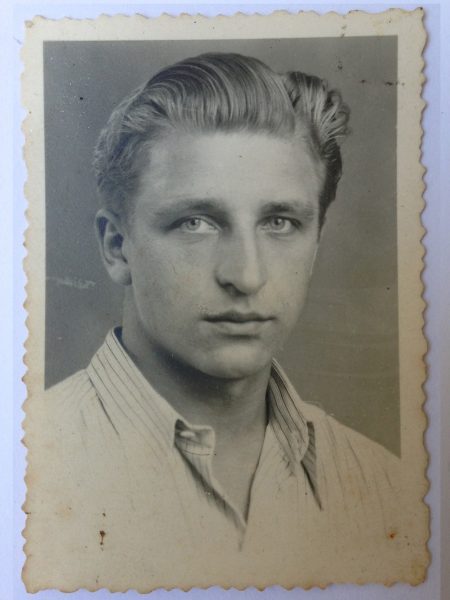 The day that 23-year-old Lithuanian, Juozas Donela, penned those words, Winston Churchill was conspiring with Josef Stalin in Moscow for the Soviets to be ceded the Nazi-occupied Baltic states of Lithuania, Latvia, and Estonia.

In the small Lithuanian village of Ylakiai, Juozas had heard the crash of Russian tanks shelling as they rumbled across the nearby border from Latvia. The occupying Germans blew up their ammunition dump and retreated. With no time to contact his sweetheart Ole, Juozas fled.

After a sleepless night on the road, he wrote, “It would have been better if we had wed and shared our burden together, if you had been able to travel with us. But it’s too late to think of that now.”

He faced an invidious choice. Lithuania had been successively crushed by the Soviet communists in 1939, the Nazis in 1941 and now by the Soviets again in 1944.

Employed in the post office, fair-haired, blue-eyed Juozas, a Catholic, had avoided Soviet deportations to Siberian gulags and the Nazis’ pogroms against Jews. He could not risk the Soviets again. With others in a post office car they crawled for 12 hours on roads clogged with fleeing civilians and retreating German troops, to the Latvian port of Liepoja, 80km away.

Wednesday, October 11, 1944: “Air raid sirens were wailing like banshees, the streets were packed with people running towards shelters. Anti-aircraft shooting started, such a cacophony.” After two days, Juozas found a berth in a convoy of 10 ships which sailed overnight to Gotenhaven (now Gdynia, Poland). A mail train then carried him on an eight-hour journey to Berlin.

Friday, October 13, 1944: “I have run, leaving you behind, Ole, and everything that I love that was born to me.” Including his grandmother, his only close relative, who had raised him after his mother died soon after his birth.

Saturday, October 14, 1944: Juozas registered with the German postal department and was sent to a camp. “There were about 16 people to one room, a mixture of Polish, Germans, Estonians and Lithuanians. Understandably the food isn’t much. But people live and so will we. It’s only important to carry home my skin and bones to Lithuania.”

This was the dream which sustained Juozas, that after the war the Bolsheviks would be driven out and he could return to his homeland. He wrote despairingly about the war, but always offset by hope. “Without that hope, there is no reason for living.”

Without that hope, there is no reason for living.

Sunday, October 22, 1944: “Mankind, who is allowed to take joy in the world, drink in the beauty of nature, sing with the birds and sing hymns to You, God, to love truth and to be loved,” he wrote eloquently.

“That same mankind invents the most despicable of machines to kill others for nothing more than greed and evil.”

Saturday, October 28, 1944: Allied air raids on Berlin grew closer. “The bombs have massive energy, the air vibrates, the earth shakes, houses nearby to us collapse…but if a bomb falls on my head, I won’t know.”

Saturday, November 4, 1944: “We’re learning the German postal international mailing system, memorising about 100 cities and their countries.” Working in this essential service, Juozas avoided conscription into the ailing Wehrmacht, which was now calling up elderly ex-servicemen and Hitler Youth.

Tuesday, November 28, 1944: Winter, daily average, -8°C. Juozas’ church shoes had worn out, his clothes frayed. At night he curled in a ball, and awoke from sleep to rub his freezing ears and nose. On Christmas Day he attended church and on New Years Day he thought once more of Ole.

“Through her I learnt the beauty of love. I lived a springtime… we wished each other luck for the oncoming year. ..I can still smell you, taste your sweet kisses.”

I can still smell you, taste your sweet kisses…

Sunday, April 22, 1945: Five months later, Juozas had been transferred to a camp in Oldenburg, near the Netherlands border, labouring on a farm. Lonely, wishing he could tell his grandma he was alive, he experienced misgivings. “I’m sad, sad. All is gone. We were scared of Siberia, we took a way out. Can we be blamed for that?”

Sunday, April 29, 1945: “The front is here. We’re hanging on for the English and Americans like we wait for heaven.”

Sunday, May 6, 1945: “The Germans capitulated in our corner. There was fearful fighting near us, growing closer and closer. We waited with pounding heart.“

Sunday, September 7, 1947: After a two year hiatus, now in a UN refugee camp in Hamburg, Juozas took up his pen again. “We are refugee DPs (Displaced Persons) whose voice carries no weight. We live day by day. We are to be doled out, repatriated over the universe. We can’t go home.” Four poignant words.

His diary no longer mentioned Ole. Letters reached him from Sovietised Lithuania. “But no one, no one, says come home.”

Friday, October 24, 1947: “In a few days time I’m off to Australia.” Juozas travelled with 843 other refugees on the transport, USS General Stuart Heintzelman, which made port in Australia on November 28, 1947.

“There’s a lot of good to be said about Australia. They‘re waiting for us to hurry up and become ‘good and true’ Australians. We will, sooner or later. But to forget our origins, and of whom we were born? I feel Lithuanian and pride myself on it. What Australian came from Australia?”

What Australian came from Australia?

Wednesday, August 21, 2019: Juozas Donela died aged 97, after living nearly 70 years in Australia. Ole waited 10 years for him, then married, and had children and grandchildren.

The author thanks Anele Kanas for her assistance in translating Juozas’ diary into English.